Nature has Always had Answers for SUPERBUGS 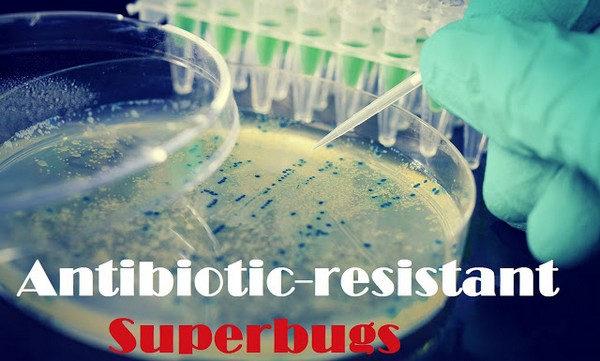 For over 100 years, Western Rockefeller Medicine and Big Pharma have been conjoined twins attached at the hip; you cannot have one without the other.

Western medicine has fully embraced the drugs, radiation and surgery model, and ever since the invention of drugs like penicillin and methicillin, it has been throwing synthetic chemicals at its patients to “cure” them.

Every action has an equal and opposite reaction, and meanwhile, Life itself has found a way to counterbalance the effect of antibiotics overuse in the form of antibiotic-resistant bacteria.

Some such as MRSA (Methicillin-Resistant Staphylococcus Aureus), MDR TB (Multidrug-Resistant Mycobacterium Tuberculosis) and CRE (Carbapenem-Resistant Enterobacteriaceae) are especially virulent superbugs against which Western Medicine has no defense.

The reason for this situation, of course, is that antibiotics are like the proverbial sledgehammer or cannonball to the mosquito, and by wiping out the human body’s entire bacterial presence in a certain area, you are wiping out the beneficial bacteria which keep the harmful ones in check.

Our body literally depends upon this bacterial balance as the foundation of immunity and health.

Antibiotic-Resistant Bacteria a Grave Problem Across the World

Recent reports have highlighted the massive problem. This quote is from a report entitled State of the World’s Antibiotics, 2015 by CCDEP (Center for Disease Dynamics, Economics & Policy), a US-India health research organization:

“Now, however, once-treatable infections are becoming difficult to cure, raising costs to healthcare facilities, and patient mortality is rising, with costs to both individuals and society.

“Decreasing antibiotic effectiveness has risen from being a minor problem to a broad threat, regardless of a country’s income or the sophistication of its healthcare system.”

“The U.S. Centers for Disease Control and Prevention (CDC) estimates that antibiotic resistance is responsible for more than 2 million infections and 23,000 deaths each year in the United States, at a direct cost of $20 billion and additional productivity losses of $35 billion (CDC 2013).

“In Europe, an estimated 25,000 deaths are attributable to antibiotic-resistant infections, costing €1.5 billion annually in direct and indirect costs (EMA and ECDC 2009).

“Although reliable estimates of economic losses in the developing world are not available, it is estimated that 58,000 neonatal sepsis deaths are attributable to drug- resistant infections in India alone (Laxminarayan et al. 2013).

The WHO (World Health Organization), despite being part of the Rockefeller UN (United Nations), acknowledges the massive problem in its October 2015 fact sheet:

“Antibiotic resistance is rising to dangerously high levels in all parts of the world. New resistance mechanisms emerge and spread globally every day, threatening our ability to treat common infectious diseases.

“A growing list of infections — such as pneumonia, tuberculosis, blood poisoning and gonorrhoea — are becoming harder, and sometimes impossible, to treat as antibiotics become less effective.”

Dr. Keiji Fukuda, the Assistant Director General for the World Health Organization’s Health Security department, is reported to have said:

“Without urgent, coordinated action by many stakeholders, the world is headed for a post-antibiotic era … common infections and minor injuries, which have been treatable for decades, can once again kill.”

Bacteria are intelligent enough to outwit antibiotics through various means, as this study mentions:

“In bacteria, genes can be inherited from relatives or can be acquired from nonrelatives on mobile genetic elements such as plasmids. This horizontal gene transfer (HGT) can allow antibiotic resistance to be transferred among different species of bacteria.

“Resistance can also occur spontaneously through mutation. Antibiotics remove drug-sensitive competitors, leaving resistant bacteria behind to reproduce as a result of natural selection.”

Although Nature (and Man) has created a problem, Nature has also created a solution. It turns out that there may be an answer to the problem of antibiotic overuse and antibiotic-resistant bacteria: cannabis.

Although it was demonized in the 1930s-1950s because of its threat to the oil, timber, clothing, fuel and pharmaceutical industries, the scientifically proven truth has emerged that cannabis (aka marijuana, hemp, weed or pot) has amazing medical properties that we are just beginning to understand.

CBD’s astounding health benefits, such as being anti-carcinogenic, neuro-protective, anti-psychotic and anti-inflammatory – now we can add anti-bacterial or anti-microbial, to that list –  and not just against any ordinary bacterium.

A 2008 study entitled Antibacterial Cannabinoids from Cannabis sativa: A Structure − Activity Study found that cannabinoids have powerful anti-bacterial ability, including against MRSA:

“All compounds showed potent antibacterial activity … Activity was exceptional against some of these strains, in particular the multidrug-resistant (MDR) SA-1199B, which has a high level of resistance to certain fluoroquinolones.

“Also noteworthy is the potent activity demonstrated against EMRSA-15 and EMRSA-16, the major epidemic methicillin-resistant S. aureus strains occurring in U.K. hospitals. These activities compare highly favorably with the standard antibiotics for these strains.”

Conclusion: The Cannabis Plant is a Highly Evolved Organism

The authors of the study state that “everything points towards these compounds having been evolved by the plants as antimicrobial defenses that specifically target bacterial cells … which suggests that we need to find the answer to our problems in Nature, not in a laboratory, and further reinforces the idea that plants are incredible organisms upon which the literal survival of mankind depends.

Clearly, the cannabis plant is a highly evolved organism if it has developed phytochecmials that can outwit and defeat antibiotic-resistant bacteria and the most virulent of superbugs.

“Given the availability of C. sativa strains producing high concentrations of nonpsychotropic cannabinoids, this plant represents an interesting source of antibacterial agents to address the problem of multidrug resistance in MRSA and other pathogenic bacteria.

“This issue has enormous clinical implications, since MRSA is spreading throughout the world and, in the United States, currently accounts for more deaths each year than AIDS.”

What better proof could there be of the utter backwardness of our world that marijuana is still classified by the US Government as a Schedule 1 drug (meaning it has “no currently accepted medical use” and “high potential for abuse”), yet it may hold the key for unwinding the devastating harm done to the world by Big Pharma and its antibiotic overuse?

Artist - Entrepreneur Owner, Bitte Artisanal Catering
View all posts by WMVN →
This entry was posted in Uncategorized. Bookmark the permalink.